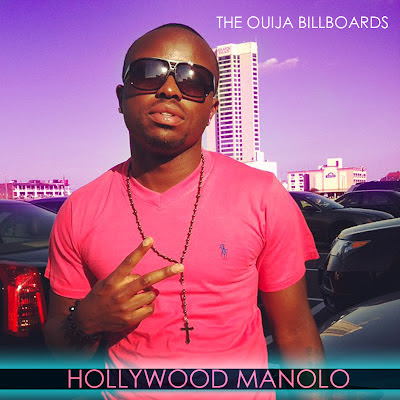 We're back with another dope interview with the new upcoming Hip-Hop artist "Hollywood Manolo". Manolo talks new album, where he's from, a day with him, friends, family and more. Check it out below.

ZOTB: So We Ran Into The New Upcoming Artist “Hollywood Manolo”. Tell Us About Yourself And Who You Are.

HollyWood Manolo: My Name HollyWood Manolo from South Jersey , Willingboro...Been making music since 2005 from highschool days until now, Did everything From Parties to Dvds now trying make a name for myself in the industry.

ZOTB: Word. So We’ve Been Checking Up On You And Your Upcoming Projects. We Hear You Have Another Project Coming Soon. “Miami Nights” Tell Us About It.

HWM: Yea man im excited about Miami Nights i been putting in a lot of work for this mixtape after Leader Of The Old School dropped.  This is definitely going be a fun mixtape for the people who follow my music it kind has a different twist from what the people to hearing from me lol so i can’t wait to hear the feedback on this one coming this Fall!

ZOTB: Is There A Meaning Behind The Name Or Is It Self Explanatory?

HWM: Yea well the meaning behind Miami Nights is kind of self explanatory in the sense that the mixtape has the feeling of being in that type of lifestyle, party, smoking living life like everyday is ya last.  The mixtape still has some soulful songs on there like this one track titled “Better Days” which paints the struggle of trying make it to them good times.

ZOTB: On Some Yolo Type Shit Lol. That’s Dope. So What Can We Expect To Hear On This Project?

HWM: Better all around music i must say...on my first tape it was me just showing how good i can rap and same thing with my follow up mixtape..This mixtape well i feel it’s more of a album because all the music is original..but i think as a artist i found myself on here...my hooks, wordplay and total song concepts are just becoming better and better...still growing as a artist but i like the direction i’m going in starting up with Miami Nights

ZOTB: Tru, Tru So What Artists And Producers Can We Expect To See On This “Miami Nights” ?

HWM: My crew of course Pashe ! we all know i got a beat from my brother Mike Zombie elite everything..Also have a artist from burlington city named J.bee on there other then that the features were kept to a minimum no really big artist from boro just a couple people that have dope talent that i did some hooks with..but it’s really all Manolo

ZOTB: You mentioned “ELITE” can you touch on that a little bit and what your relationship is them?

HWM: THOSE MY BROTHERS! I been doing music with Phitted since like 2005 when we was recording with a computer mic with acid pro lol..Fav i use to always to fav to the studio back when he first started rapping with my crew just to have him in the studio i mean he was already hungry but we did a lot of work together and mike zombie is my bro he always kept 100 with me and the same with me so thats my family i support anything those guys do..they push me to work way harder...

ZOTB: That’s dope here at the site we love to see artists working together and motivating each other. So tell us how long have you been making music?

HWM: i been rapping since i was 13 years old 8th grade summer lol i always listening to rap music but Young Chris from state property really the reason why i’m rapping today..first starting from karoke machine using tapes to now having our own studio lol so yea we came a long way but still hell of alot of work to do feel me...

ZOTB: What made you rap and Why did you chose the name “Hollywood Manolo”?

HWM: Scarface man Manolo that was my fav character in the movie cool, calm about bitches but when its time to put it work he move out..and thats how i am..not in the sense of killing people and selling drugs like he was but when its time to get focus and ride for my team pashe im here! the hollywood part came from doing parties back in the day lol ppl still call me that shit

ZOTB: Thats whats up, thats one of my favorite movies ever! Pashe I assume is your Clique so who all is apart of the crew?

HWM: Yea thats my family everybody in Pashe we grew up from the sandbox lol artist is P-90 who also is #DBNR,  Remedy,Naddy, Ki Mack, Qdub, Dynasty, Franchise and Froggie....thats my crew

ZOTB: Now you guys not too long ago came out with the mixtape “Love &amp; Loyalty” talk about that a little.

HWM: Yea Love and Loyalty was a project we kind of threw together because we dont have anything out as a crew, so that was debute for Naddy aka Flamez to show his talent, Franchise, Qdub everybody in my team to show they hot and for people to hear them..we working on pt2 as we speak i think this mixtape will be more well put together but Love &amp; Loyalty still a dope tape.

ZOTB: I Bet Part 2 Is Gonna Be Crazy. If You Could Explain Your Sound Of Your Music How Would You Describe It?

HWM: I would say soulful , old school meets the new school...its hard to really put in words lol i really need the followers to listen and tell me how my sound makes them feel..
Word. So Are There Any Artists Or Producers That You Want To Work With That You Haven’t ?

HWM: Artist i never work if we’re talking local theres not many because basically worked with everybody from south jersey willingboro area , but maybe some one like young chris, big ohh from trenton he dope as shit..its some more ppl but im high as shit now so i cant think lol oh yea i would want to work with Delimma again too

Lmao. What Artists Would You Like To Work With In The Industry If You Could?

HWM: Kendrick, Blu from cali, Asher Roth, Kid Ink i mean its a bunch of artist i would love to fuck with i could hear our sound meshing good together but those artist pop to my head first....

ZOTB: I Could See Those Collabs Happening As Well. But Here At The Site We Like To Get Down To The “Nitty Gritty” Who Do You Think Is Whack? Locally And In The Industry?

HWM: Locally whack haha yall crazy man as from south jersey i can only speak where im from its a bunch young hot niggas from Frontline, Dbnr, Us, Zombie, Solo i mean just check twitter lol but as far as wack lol i mean the game is changing but its alot of wack shit out there thats in the way for hot artist can make there way threw...but nicki minaj now, 2 chainz,lil b,  who else man idk all that shit is wack man

ZOTB: Lol With That Being Said About The Industry If You Had A Choice To Sign To Any Label Where Would You Ink Your Deal And Why?

HWM: i would say currencys label the Jets maybe good music because they spitters over there...other then that i would signed me n my crew pashe lol elite everything

HWM: wait now or EVER! lol

ZOTB: Right Now And Ever.

all time i would say in no order lol Jay, Big, Pac, Slim and Nasty Nas

ZOTB: Our Young Viewers Probably Don’t Even Kno Who Slim Is Lol. But You Said You’re From Boro Right? What’s It Like There? What’s A Day With “Hollywood Manolo” Like?

HWM: Yea man i was born in philadelphia west oak lane..but im from Boro tho feel me..and out here in boro its a cool place to grow up you know we had a lot of things offered to us as kids to do as far as lil league football, baseball, etc all kinds of camps but same breath boro can be a lil rough at times...dont let the grass and driveways fool you man lol ...a day with Manolo man im a smoker lol so we wake n bake if its the weekend we go play ball, chill with homies and be ready to lock in the studio

ZOTB: Yeah People Mistake Some Suburbs As Sweet Most Definitely. But I’m Sure The People Wanna Know What’s Your Drive For This Music Shit, What Motivates You?

HWM: Like i said in one of my songs for my next mixtape Miami Nights “ Why Settle For Middle Class, When You Can Have It All With Time”...i want the world to hear the stories i have to tell in my music, i want people to have the feeling we all had when we first heard Juicy or Ether for the first time when they play one of my songs...thats what drives me for this shit.....taking care of my mother and my nephews...my pops passed 2 years ago so seeing my mom have it all whats matters the most now..

ZOTB: The American Dream. So What’s Next For Hollywood Manolo?

ZOTB: Lol, we definitely won’t. So just keep doing and maybe we’ll be able to interview again further down you career. So for you final sound off tell the people where they can reach you and check out all your music.

ZOTB: Check Him And Pashe Out People, Hey Manolo Thanks For Stopping By And Bringing The People Into Your World We Look Forward To Hearing The New “Miami Nights” Album.
Share
Share Tweet +1