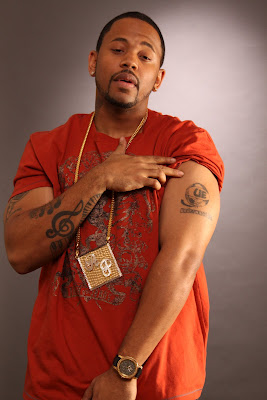 We at #ZombieOnTheBlog caught up Trenton, New Jersey’s own “AP The Mayor” to see what makes him tick as a artist, what he has coming up, what he bring to the industry, and day in the life of “AP The Mayor”

ZOTB: Okay So We’re Here With The Upcoming Artist AP The Mayor. Tell The People About Yourself And Who You Are.

AP: I’m a upincoming artist from Trenton, New Jersey....I song write, produce, and engineer...I been at my craft for 12 plus years..Im also a co-founder of Underworld Entertainment, a independent  company based out of Trenton, Nj

ZOTB: That’s What’s Up So What Made You Begin Your Rap Career?

AP: I just fell in love with hip-hop, the culture, the fashion etc...It was a way to stay out of trouble and express myself

ZOTB: Cool. So How Did You Get The Name “AP The Mayor”?

AP: like any other artist who  been rapping as long as i have, u go thru alot of names and things of that nature...Every name i’ve ever had, had either a “a” or a “p” or both...so i just decided to break it down to “A.P.”...The mayor part just comes from me being the youngest at the time, in my city doing what i was doing as far as djing parties, making beats, producing compilations etc...

ZOTB: That’s Dope. Now You Say You Produce And Engineer. Have You Been Doing This As Long As You Have Been Rapping?

AP: nah, i started rapping first, and moved on to the other aspects of music later...Rapping was like a gateway to it all...

ZOTB: That’s Good Covering Everything. Now This Underworld Ent. Can You Tell Us More About That And Who’s Apart Of It. And Also How You Play A Role In That.

AP: We started out as a rap group with about 12 members heavily influenced by the Wu-tang clan..As we got older, some of us took it more serious and the ones who didnt, we basically moved on from..The core has always been myself, my partner Deuce Jones, and Alamaj..Who are also artist on the label as well..We started in late “99” and put out various mixtapes and compilations..We even performed at alot of show-cases and opened up for a few well-known acts at the time..Our present roster is Deuce Jones, Alamaj, Levi lennon, Hellfire (producer), Surg, Jaya creates (photographer), Val degrain (photographer) Boowie (promoter) and of course myself.. Just like myself, all of us wear a few different hats...We are not just artist......

ZOTB: That’s Decent You Guys Have The Whole Package. Now What’s Your Relationship With Those People Is It Just Like A Business Thing Or Are You Guys Cool In Real Life?

AP: We are 1 big family...we break bread, we fight, we make music, we even hang out when our schedules permit it....Its Loyalty over Everything...We got our eyes on the prize, which is Suc-cess...We go hard for each other...It don’t matter what it is, personal or business...all we ask is, be yourself....!!

ZOTB: That’s Dope. Seems Like You Have A Strong Team In Your Corner. Tell Us About Your Music. When We Turn On A AP The Mayor Track Or Project What Can We Expect To Hear As Far As Your Signature Sound And Lyrical Content?

AP: First and foremost, Music from the heart...I just pretty much be myself...I’m not selling u anything, that ain’t me...Im a libra so its pretty much balanced...I try to teach and entertain my audience..I give you my highs as well as my low-points of my life...It’s my story...U can expect to hear my witty-ness and my experiences..Its really like a Movie...I try to paint the picture for those who can relate and those who are not familiar...The best part is, You can see the growth from my oldest material to my present..Its get better and better...

ZOTB: That’s Dope Man, So I’m Pretty Sure The People Want To Know When’s Your Next Project Going To Be Available Or If You Have One On The Way.

AP: My latest project is called  “Prayer, Push-ups, & Piffy 2.0 hosted by Dj Weswill and Mr hype..Its available for download now on datpiff.com..I also shot about 9 videos off this project that can be seen on youtube... I also got a series i do called the “Lost Tapes” that i do which is a bunch of old material that never got released..I got over 5 volumes of that, that is also available for free download...

ZOTB: Wow That’s A Lot. So What Motivates You To Make Music, Family, Or Just The Love Of Music Itself. Like What Drives You To Do It?

AP: to be honest, its a collection of things...but most of all, i still have a passion for it

ZOTB: Cool. Where Do You See Your Career In 5 Years?

AP: Hopefully known world-wide (famous), I’ll do music for as long as im able to do it..If i don’t end up on everybody’s tv screen, i’ll continue to write, produce, engineer, and even start back Djing...Music is in my heart....I am Music...!!

ZOTB: Lol. I Find It Cool That You Aren’t Stuck In One Lane And have Lots Of Plans. So Tell Me Are There Any Artists That You Would Like To Work With? Either In The Industry Or Near You?

AP: Jay-z, nas, just to name a few...Its really alot of producers i would love to create with, Dr. dre, Pharell, timbalain, hi-tek....even some of the new blood, jahlil beats, cardiak, salaam remi..etc.

ZOTB: Now Would You Rather Build Your Own Official Label With Your Underworld Ent. Family Or Be Signed Under Someone Else. If So Who?

AP: Build my own with Underworld and get some kind of distribution deal..but i really have no preference..The way my team is structured, who ever gets a deal, whether it be solo or group wise...We just goin open up the doors for each other....

AP: Its a real small city, predominantly Blacks and hispanics...Its like any Ghetto in the united states, just real small..alot of poverty, and crime, not too many positive outlets...

AP: a  9 to 5 grind, gym, studio, performance, or an appearance somewhere...All i do is Grind, i rarely make time to fit anything else in the schedule...but every now and then i get some free time and do regular people things lol

ZOTB: Lol That’s Dope, Gotta Stay Working, So What’s “Next” Or The “Next Move” For AP?

AP: Im just goin continue to make good music and hope it sticks.....I have no detailed plan...i just wanna continue to spread my brand to the masses....

ZOTB: Well It’s Obvious That You Have The Grind Down Packed So No Need To Tell You To Keep It Up, Do You Have Anything To Say To The People Before We Wrap This Up, And Also Tell The People Everywhere They Can Find AP And Everything Associated.

AP: I want the  music to speak for it self...No gimmicks, im just a real person from a place that nobody makes it out of, that makes Good  music...They could reach me at www.APtheMAYOR.com follow me on twitter @AptheMayor … www.facebook.com/apthemayor and Youtube.com/damayorboi

ZOTB: Well We Really Appreciate You Stopping By And Letting The People Know AP On More Of A Personal Level.. We Support Your Movement And DEFINITELY Are Looking Forward To Hearing More From You And Hopefully We’ll Be Interviewing You Again..